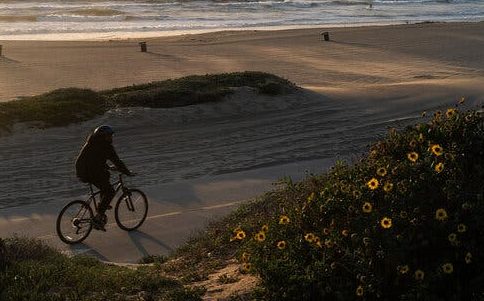 In a move that will return some of Manhattan Beach, California’s most cherished piece of real estate to descendants of the Bruce family, a Black family who owned the land from the early 1900s to 1924, some portions of the land are estimated to be worth as much as $75 million. It is important to realize that owning the property originally belonged to the family, but this is just the first step in making things right.

A member of the Bruce family who currently acts as their representative, Chief Duane Yellow Feather Shepard, told Insider on Monday (July 19) that he would view restitution as part of the process once the land has been provided.

The next step, once we receive the land back, is to seek restitution, punitive damages for colluding with the Ku Klux Klan to disenfranchise our family, and compensation for the 96 years of revenue lost through the business.

A Manhattan Beach city council member announced plans to give land to descendants of Charles and Willa Bruce, an African-American couple who bought land on the beach and offered a swimming area and beach for Black community members throughout spite of surrounding racism. Despite threats from the KKK, the Bruce’s were steadfast in holding onto their land.

In 1924, the City Council took eminent domain and declared the space to be used for construction of a park, effectively taking away the couple’s space. Currently, a lifeguard facility sits on the land. Over the years, the Bruces spent years in courtrooms before receiving $14,500 for the land that was seized.

Janice Hahn, the supervisor of the city of Los Angeles, told CBS’ local Los Angeles affiliate that she had been planning to return the property to Bruce bloodline ever since she realized the land’s history.

As soon as I learned that the county owned the property that used to house Willa Bruce and Charles Bruce’s Beach Lodge, I knew that returning it to the Bruce family was the right thing to do,” she said. However, this was the first time a government had taken such action. There were many questions about how it would work.”

TYTE is a rising phenom, representing Florida, that people should be paying more attention to