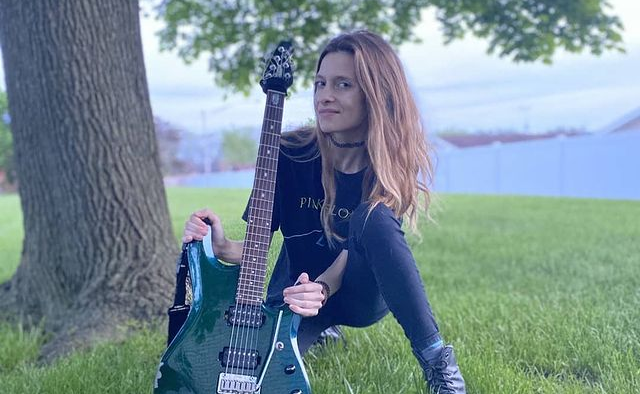 Ania Thomas grew up in Koszalin, Poland, but now resides in Chicago and Los Angeles. “Tuesdays,” the final track from Ania In Chain’s forthcoming EP, was released as a music video not long ago.

Her explanation of the song’s inspiration is simple: “The song is really about finding yourself after being lost,” she says. How to find your way. I found the idea for it while walking around the mountains in LA, trying to reacquaint myself with nature. I think we are all a bit lost at the moment. All of us struggle with different things, and we’re all there or have been there. Nevertheless, we’ll succeed.”

In her early teens, Ania immigrated to the United States. As a student in a private school she disliked, Ania defied rock ‘n’ roll as a means of expressing her feelings. In Chicago, she attended the School of Rock where she absorbed the subtleties of the guitar, then went on to study guitar at USC on a scholarship.

In the last few years, Ania has performed throughout Southern California, including stints at Gritty in Pink, and has been writing her own music.

Taking influences from almost every genre, she converges to create an original sound that blends gritty guitars with sparkling sols and a visceral production brimming with garage-rock wildness. Her grimy riot grrrl vocals top it all off.

“Tuesdays” begins with a snarling dirty guitar laced with exotic sounds. Ania’s murky, platinum riffs inject this piece with ferocious dynamics with the accompaniment of crunching percussion and a heavy, cavernous bassline.

The lyrics are infused with mysterious colors by Ania’s femme fatale tones.

In the softer verses, the finely crafted stroll of Philippe Mark’s bass adds to the smoldering thrums in the tune, further emphasizing the roaming feeling of the harmonics. After that, the sonic energy builds up to a swelling muscularity.

Ania’s guitar licks are not only dazzling, but also reveal her virtuosity on the ax.