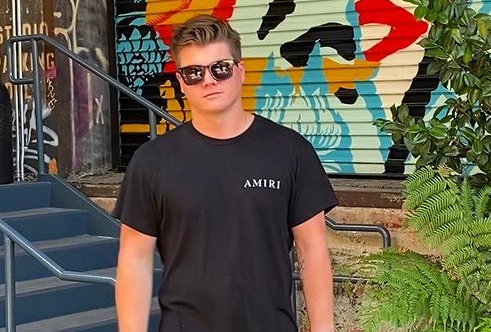 The street artist Seek One, professionally known as Rob Dugan, was born and raised in Philadelphia. In his signature, he combines iconic figures with vintage media and street style. It is planned that he will exhibit in Dubai for the first time this fall.

As an exhibitor in one of the best cities in the world, he is beyond excited.

Featuring some of the most notable artists, the Galloire Gallery opens in September. A series of eight works on paper will be presented together to begin. In his artistic career, he has never presented works on paper before, but it has been well received.

In addition, he will also be showing some original works on wood panel this fall. During his stay in Dubai, he plans on attending their debut and possibly making a few pieces of art.

As a self-trained artist, he was able to experiment with various mediums as a graffiti artist and photographer. The unique graffiti background and the iconic imagery can all be seen in his works today. Developing his own style through experimentation and development has been one of the biggest factors in his success, because he feels he has developed something that is uniquely his.

Because he comes from a graffiti background, as an artist you have to be fast and precise. His favorite thing about working fast was using vibrant colors. He is able to capture this energy in his work by using this same energy from the streets. The only difference is that it is in the form of a fine art photograph which can be framed and displayed at home.

After years of experimenting, his style has developed into what it is today. The core of his work has always been pop culture and graffiti, but the process has evolved over time.

He started by using stencils, then he experimented with hand painting images and eventually silk screening. The majority of his work is done in mixed media, sometimes using old newspapers, graffiti, acrylics, oils, and acrylic paint. After some time, he thinks he has finally found a style he will stick with.

Get To Know Ray Knowledge, a Fast-Rising Visual Storyteller