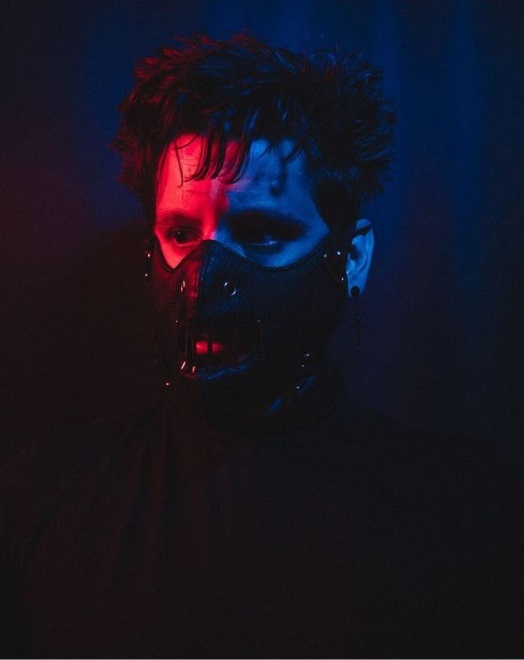 The name Constantine 2:22 was born out of necessity for creating a persona that would represent his artistic style. His first reaction to making music and using his name was really strange. He prefers to have a name for it, such as a band or a project.

Since there are a lot of people already using the name, it would be hard for his audience to find him in YouTube and Spotify. This was something he had immediately realized.

The number 2:22 was revealed through a series of coincidences and he feel like it complements the name well. Furthermore, it sounds like a verse in the bible, and he really likes it. He mixes a lot of things he likes in his sense of style. As musical examples, he would point to David Bowie and Alice Cooper who he admires greatly. It’s very theatrical, as they created characters for their music. It’s almost like watching a movie with the visual elements added, it sets the mood for the listener and sets the mood for the song.

On March 19th, he released his first single, “American Psycho”. Furthermore, he would like to continue to release music. Using the tools at his disposal, he’ll share his music with people.

AJDaGuru is on a mission to win