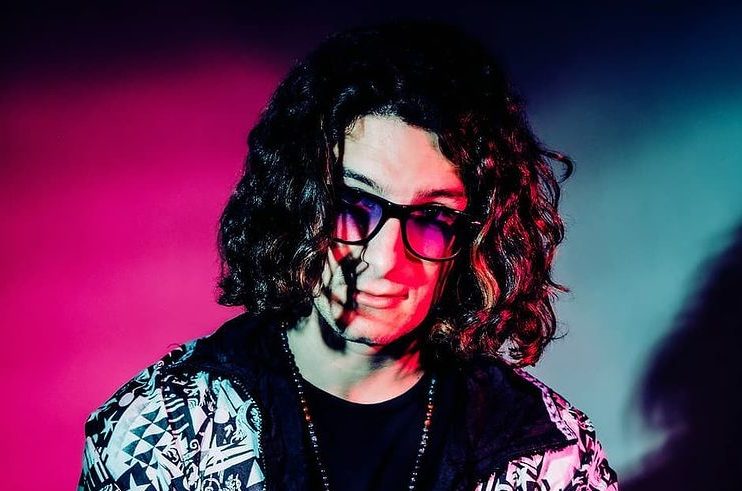 It would probably take him a novel to describe how dear the electronic music community is to his heart.

He remembers when he heard Zed’s Dead, Pretty Lights, and Big Gigantic for the first time. It blew his mind wide open to witness these acts. It’s amazing how much fun he had. He never imagined it could be so much fun.

It was beyond his comprehension. Young adulthood was a difficult time for him, but the bass music scene welcomed him with open arms. There was so much freedom in that feeling and he leant fully into it. The other evening, as he was dancing to the top of his lungs, a serene calm swept over him. At one point, he had trouble hearing the music at all. As if time stood still, everything was frozen. The DJ was thudding on stage, and as he looked around he saw all these beautiful, smiling, dancing souls.

The thought and feeling came over him: “I want to do THAT.”. At that moment, he realized what his purpose was on this planet: To create and perform music so that people can be joyful and meaning-filled. The project coincided with the beginning of what has become a lifelong pursuit and passion.

Through an exchange program, he spent a year in Paris after graduating from high school. The last time he lived abroad was almost 9 years ago, and he still gets goosebumps thinking about it to this day. He found that to be very impactful. As his style evolves, he would say that it’s constantly evolving. It is fun for him to take risks and step outside his comfort zone. Truthfully, he experiences the creative process most directly at the moment he is producing. It is rare for him to have a crystal clear idea of what he wants to create. It is often the act of sitting down and starting to compose music that generates inspiration.

The music he makes right now is just what he enjoys and what sounds good to him. His new music is heavily influenced by vocal melodies, and he has been using them since the beginning. Additionally, he has struggled with depression and anxiety in his life, and music has often been a way for him to express those feelings. One of the most calming experiences in his life is to translate depression into melodies.