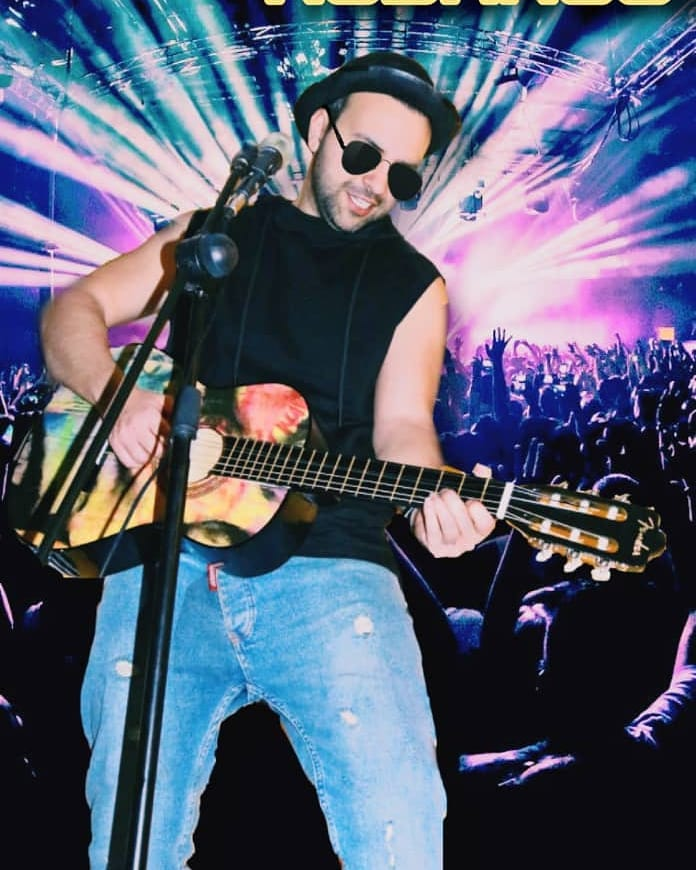 In a sense, he is a one-man band. His art is compositional and he is not on tour yet. Although many names were on the table, none of them fitted him exactly. ‘Nudaros’ means freedom, reality, and one’s true identity.

Music has always been a part of his life. When he was a kid, music was ingrained in him. He has always been attracted to music. As a kid, he was constantly exposed to Rock music, his brother’s assorted collection of 80s and 90s vinyl records, and LPs. Having learned to tell stories musically, he began to understand music more deeply, but his passion for it was just beginning, and at that point he was building a career while developing as an artist.

His sense of style is related to the music he listens to. To begin with, his older brother, a professional pianist as well as being musical, was a major influence. In addition, he was influenced by the time period in his life.

Teenagers like him were influenced by Guns and Roses, Nirvana, Metallica, and Kiss. He became passionate about Hip-hop after that, and he generally changed his music style from then on. Besides Reggaeton, he was also influenced by Latin music, at that time he was listening to Shakira, J Balvin, Daddy Yankee, and Big Boi.

He had many ideas in life from various events and experiences, and a title always stuck with him as merely a passing thought. Afterwards, he talked to his manager and friend to make it even better.

Self-imposed limits and his belief in himself have been the biggest obstacles for him. Sometimes he is too analytical for his own good. Nevertheless, he was able to stop overanalyzing everything when he made this album. He explained that when you analyze and think too much, you may suffer from “paralysis by analysis.” Hence, he went with his gut instinct more often.

When writing a song, there is a point at which it becomes organic. Then, he can discern its voice as it grows organically. He and songwriting are in synergy.

Genuine musical creation for him has to do with the freedom provided by personal subjectivity. Rather than let others judge who’s “best,” he views art simply as being the best he can be.

Next year, he will continue to heavily promote his debut record. Additionally, he writes, creates, and draws inspiration from everything in life. A sequel to Symmetry I is on his mind, and he does have some ideas. Besides this, he has also been contacted by record labels who are interested in his type of music

“All Jokes Aside” is the latest album from TheFinesseKid

Get To Know Singer and Songwriter “Monica Ortiz”