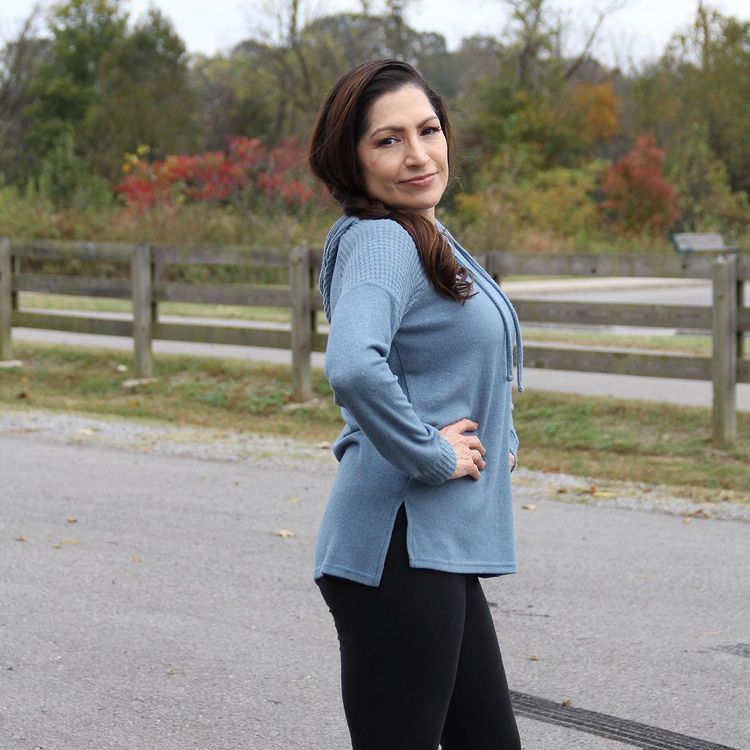 When Monica Ortiz was young, she began singing. The songwriting and singing of her own songs used to bring her great joy. At 20 years old, she was forced to give up any hope of performing when she became a full-time mother. Some years ago, after taking stock of her life, she asked herself what she regretted not having the opportunity to do. The answer she came up with was not being able to write or perform music. Her first action was to jump into it.

Her singing style is her own. The question is how can she decide which genre to write in when we as human beings aren’t one? Her childhood was filled with all kinds of music, so she became familiar with most genres of music when growing up.

During the writing of Missing You, she was thinking of a past relationship that was so on-and-off again, and how intense the emotions were at that time, and how there was such a longing for them to be back together. The lyrics and melody for the song came to her as she thought about so many people who had gone through the same thing.

Every step of the way, you face challenges. It was the challenge of accepting herself as she was and loving herself in spite of all her faults that she faced. She put the effort into becoming a better version of herself once she realized that. A big responsibility chip inside her motivates her to put in extra effort, and she is very committed to what she does. Her work tends to make her lose track of time.

Ultimately, she strives to make music that is relatable, enjoyable, and singable. Every time she receives an email from someone telling her how much they love her song or how much they connected with the lyrics, it makes her happy.