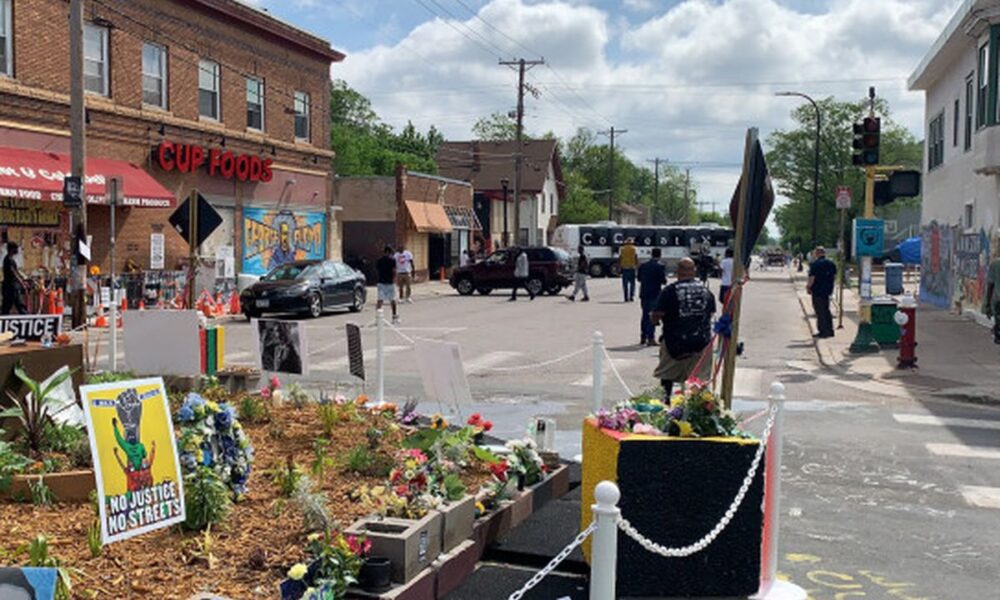 In Minnesota, gunshots were fired as supporters of George Floyd gathered to pay tribute to him a year after his murder by Minneapolis police.

It was reported that “as many as 30 gunshots” could be heard in proximity to George Floyd Square on May 25, and consequently, people standing among the crowd chose to run for seeking cover. An owner of a barbershop could be seen boarding his store window since it sustained damaged, while photos showcase a bullet casing at the scene. A person who sustained injuries and was reportedly critical visited a local hospital since he was shot.

Reportedly, another person landed up at Abbott Northwestern Hospital and was currently being treated at Hennepin County Medical Center. Thankfully, the injury is non-threatening. According to reports, it may be the same person.

Police spokesperson John Elder stated that the authorities received a call from a witness who reported that a car left the area  “at a high rate of speed.” Till now, authorities did not identify any suspects or arrest them and things are back to normal now. Thus, activities were commenced to honor the life of Floyd.

The intersection of 38th and Chicago aka George Floyd Square was blocked with several barricades and murals were used for decoration, as Derek Chauvin put his knee on the neck of Floyd for nearly nine minutes, thereby leading to his death. For the one-year anniversary of his death, the square turned into the site for the Rise and Remember George Floyd festival, and the event ended with a candlelight vigil at 8 p.m.

Across the country, several events were undertaken to honor Floyd, such as The Commons park in downtown Minneapolis where family of Floyd joined the Mayor Jacob Frey and Governor Tim Walz for the commemoration of Floyd’s life.

“Bridgett Floyd addressed the crowd at the event, stating that it was a difficult and long year.