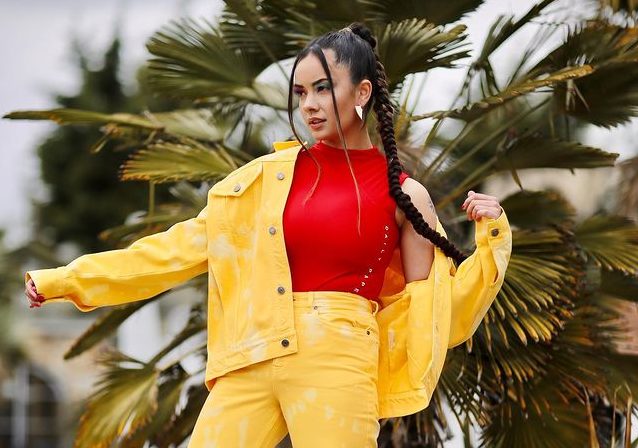 Mona Mula’s career has a very interesting beginning. In fact, she played video games for a long time, and this goes back a long way. She began uploading gameplay videos to YouTube in January 2017. She enjoy playing horror, role playing, and independent games, so she used to upload that content.

Despite the channel’s disappearance now, it quickly became a success within a year since few females were playing the games she did. Whenever she became scared while playing a particular level or scene in a horror game, she would start singing or rapping.

It’s one of her weird coping mechanisms to avoid freaking out when playing, she says. From that point on, her goofy raps kept prompting people to comment on her videos telling her to rap or sing. Thus, that’s the gist of it.

She finally began making music in March 2018 after reading subscribers’ comments. She became frustrated after a month of studying that she had no outlet for her creative ambitions, so she decided to learn how to record.

SoundCloud was her first medium to upload music. She was (and still is) just enjoying making music and, in the end, that is really what matters most. She then got a YouTube review on her song by YoungHalfington (YouTuber) and that really got this all started.  Her first project is called “Sanity 2 Madness.”. Her title comes from how she perceives the album: it has one sane and one insane half, just like her brain works.

The versatility of the album is due to a mixture of artists that she listens to. Many people recently told her that she sounded like a mixture of Travis Scott and The Weeknd.