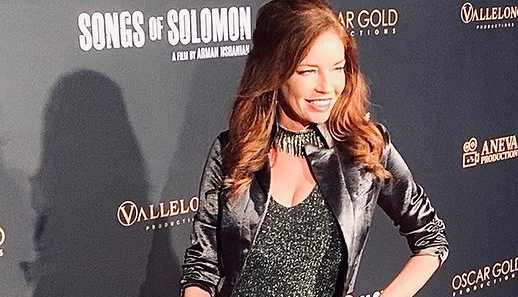 “I Got The Music in Me,” the follow-up to April Diamond’s Hot 20’s BILLBOARD Dance hit “Lose Control.”. Dance, pop, and adult contemporary (AC/HOT AC) radio charts are quickly climbing with the single.

As clubs reopen following pandemic shutdowns, the modern dance version of the classic Kiki Dee song will be released. Multi-award-winning trumpeter David Longoria is featured on the release playing alongside the chart-topping Powerhouse Choir. It was the Burbank, California show choir led by iconic show choir leader Brandon Jennings that inspired GLEE (the movie and tv show). The choir is also known for national and international competition consistency top winners.

It reached the TOP 10 on the US National Radio Airplay charts, the New Music Weekly Hot 100 pop songs charts, Independent Releases Top 40 chart, and more after ten weeks in prerelease to radio. While US dance clubs open in Texas, Florida, and other states, the song and remixes by iconic remixers like Robert Eibach, Hi5, and DJ Chris Z are already dominating playlists in anticipation of hitting the Billboard Club Charts this month.

As April continues to open up, the band will perform across the country for enthused crowds as it begins a series of live shows this summer.

Enjoy April Diamond’s music now streaming on Spotify, Apple Music, Tidal, and all other stores. The music video is in release now on YouTube.