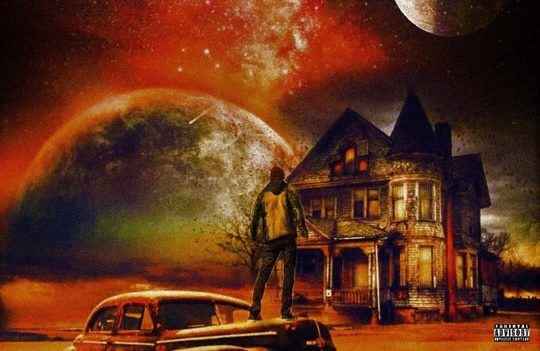 Derez De’shon Talks How He Deals With Crazy Instagram Comments

Music was kinda always a part of him. Having been a kid, music has always been a constant part of his life. Having recorded his first song with 16, this was a moment when he realized, “Wow, I’m good at this.” From there, it was like, “This is and always has been my purpose.”

I definitely think Playboi Carti is the best. In his opinion, the greatest artist of all time. This whole new Sound he introduced with „AnT! Held“ became his new sound, which wouldn’t have existed without Carti. Particularly Whole Lotta Red is underrated. The influence he had on them… like, wow, he completely changed the scene. Sh!t is iconic. Carti’s the biggest inspiration for him.

His entire life has been one of outlawry. This is true in everything. Despite the fact that he surrounded himself with people, he still felt and believes that he could create the best art when he was isolated and no one knew what he was up to or where he was at. His life was always a bit antiheroic. His latest single „AnT!Held“ (German for Antihero) perfectly describes who KRY has always been. An antihero who stands up for those unable to speak for themselves.

Keeping focused is definitely the greatest challenge. It’s okay to leave him alone as he id a Gemini! In all situations, his greatest quality is adaptability. When something isn’t happening in the mixing or mastering process, he figures it out quickly, wraps it up and adapts to the problem. His job is to do just that. Every day.

Debsito has an interesting career