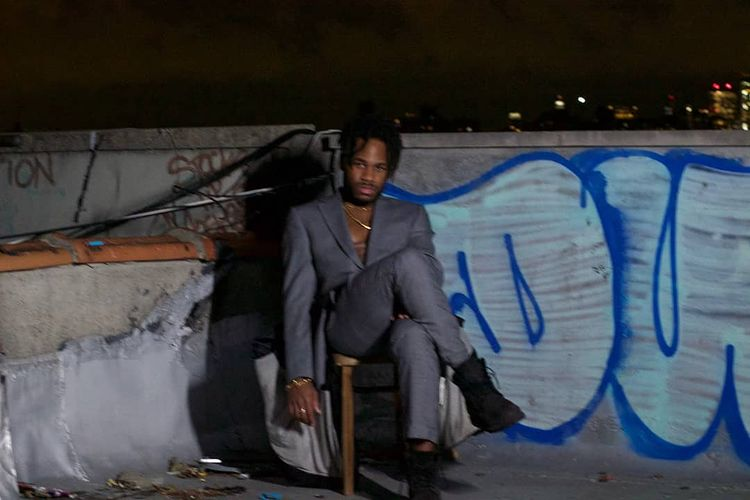 From the time he was about eight years old, he always sung in some shape or form, whether it was in plays at school, in choirs, or in the shower. His first real experience with live singing was in sixth grade. He was always influenced by Michael Jackson, who is undoubtedly the most influential performer of all time. In his first encounter with music, he realized that he could do it, but it was Michael Jackson who inspired him to actively become an artist and musician. In addition to James Brown, Beyonce, Erykah Badu, and Outkast, he was also influenced by Prince. Initially, he was inspired by the sonics in this track.

While working on O, Solemn Night, he got this synth plug-in called ‘Pigments’ and he was experimenting with its sounds when he encountered a sound that made him really feel something. As the track begins, the bass sound sets the tone, which kind of becomes the base for the beat. He usually plays around with the keyboard until he gets that feeling, or until a melody strikes him, rather than having a theme or lyrics in mind before he begins.

It’ll be a natural flow or melody that matches the lyrics that he has, and it should evoke the emotions he is trying to convey. Sometimes he will even have whole songs written down, and he will try to find sound that fits the flow of his lyrics. A vibe is all that matters to him. He never tries to force it; it won’t happen if it doesn’t feel right.

Currently, he is working on a short film video for O, Solemn Night: The Pvrple Tapes that will be released this June! Keep an eye out for a potential release later this year as well as he is constantly working on music.

Pure MX must be watched out for

Mystic Child Is Coming Hard In 2021 As Expected With “Shadows”