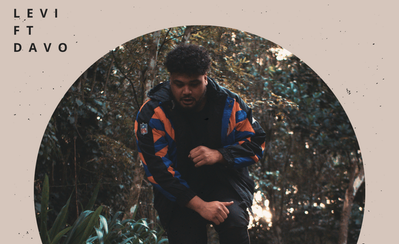 Hiphop has the potential to take off in New Zealand. Founded by hiphop lovers, they have created a culture that can’t be ignored even by Drake.

Performing has always been a passion of his, and being around music all his life has made him realize how good he is. His sound is still a work in progress. Style icons don’t exist for him. His style is not very fashion-forward, but it is what it is. He was inspired by the 808 slide sound and the Drill recently had the advantage of making waves on their side of the world. So he wanted a familiar sound, but still something new.

He remembers a song Davo (who features on the track) gave him last year, and he loved his energy because he was telling his own personal story, and he believes him when he raps. He knew something needed to be done with the song, but didn’t know what.

He sent him a song last year that inspired a drill beat that they created together after the first COVID lockdown. It took them a year to get started.

It begins with Davo, because he got mastered an exact copy of his recorded vocals he sent across.

The process of writing the song was relatively easy, as they focused on the details of the beat most of the time. Additionally, he enjoys writing about what he wants out of life, it’s a cool way to vent.

Recording alone is hard for him because he can’t catch a vibe. The vibe always makes him feel good because it almost always releases his full potential, especially when people are around