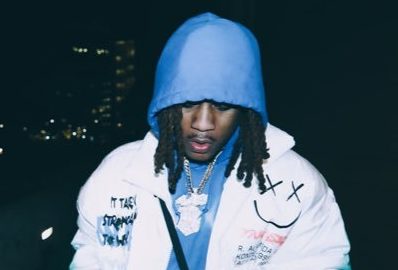 Lano Soprano is a native of Hyde Park, Massachusetts, and his career in the music industry has been a great success. Born to a DJ father and an artist older brother, Lano’s passion for music started young. Lano never looked back and lived up to the standard they had set. In the songs he records today, Lano still uses the rapping techniques he learned from his older brother Lvcey at a young age. With Lano’s versatile flow, he can mesh with pretty much any genre. Lano Soprano uses his vocals to create a strong R&B sound, but also incorporates soft rap influences into his music. Lano Soprano’s music is a great blend of traditional and modern sounds, striking a good balance between complexity and simplicity.

The enigmatic Lano intends to continue growing his fan base as he creates his second studio album during 2021. Through writing and recording music about real life experiences, he has an advantage over artists who try to pretend to be someone they’re not. Lano, who has experienced many hardships growing up, has learned to use his music as an outlet for expressing what he has seen and experienced. Lano Soprano will release his second album at the end of October, eager to show his fans what he has been working on. As many of the tracks we will hear were created using freestyle techniques, expect to be immersed in Lano’s life at the time. On his social media profiles, the singer will also be posting snippets of the tracks as the release date approaches. Until then, keep streaming Lano’s “Unemployment” video, available via Youtube.