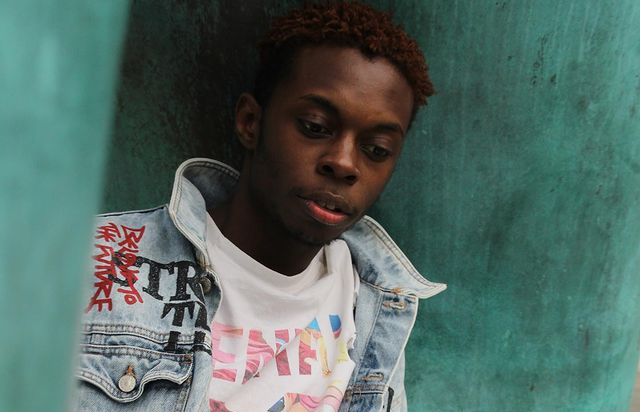 In the early 2010s, myself, his cousin Mikai, and their childhood friend Thomas were huge fans of Lil B. Many of my nicknames were derived from his name as a child. Sometimes, Brandon would sing about Maury Povich and say Maury. He was referred to as Maury eventually. As a government official, his stage name was “Camari”.

In 2020, he eventually changed it to enable himself to have an alias. Artists should have an alias, in his opinion. Oftentimes the image we display publicly, and the music we listen to, results in dehumanizing, judging, and identifying us. Being human involves a lot of complexity. It is obvious that artists are extremely sensitive and spontaneous individuals. It is sometimes overlooked how human the art is that we display due to how vulnerable it comes from.

His collective, Last One’s Standing (Losones), deals with progressive music. We’re all lost, man. Some of us have found our way, some are on their way, and others may never find it. We aren’t all destined to be leaders or mentors. People without the right qualifications often find themselves in those roles. As a result, we encounter lost people. When people are left to trust only themselves, they often struggle to even trust themselves.

His goal is to create a space for people with stories to tell. Those who are also lost in the world are also on my mind as he composes songs. There is nothing worse than people who are brainwashed by society and are lonely and miserable. He doesn’t like this at all. Love and empathy are the only things that can change the world, and people just want to be themselves and loved.

He became more aware of how much music has shaped him as he grew. Growing up, his grandma had his cousin and him sing in the church choir. He was told that they always harmonized everything and if words were said, a song would come out of it. His childhood was like that of a singing parrot! Performing is something that he didn’t think much about growing up; it was just something that came naturally to him.

His first memory of falling in love with a song was when he was a toddler, listening to a 50 Cent song. Probably when his mom was taking me to preschool one morning, he heard Waksta and the beat did something to him. When he was little, his pops was really into 50. There was a certain amount of respect between them. He didn’t have the body, the attitude, the dudrag, and the 360s like 50, though. He remembers that Jay Z used to be a big deal for them as well. The soulful music his mom loved and she was a huge JILL SCOTT fan.

He adores her music; her songs are a part of his brains and those of my siblings. In his lifetime, he has been fortunate to meet many wonderful people and experiences. He is surrounded by music junkies, including his mom. Those CDs were all his when he was a kid, man.

It was his mother who introduced him to several artists from the 90s, such as 2pac, the Neptunes, and a tribe called quest. She was also a huge fan of the Neptunes. The Notorious Movie was on his mom’s bucket list, but his stepdad thought he was too young to attend.

Since his family always played music around him, he grew to be very hooked on it, and as he grew older, he was exposed to various genres and artists through video games, the internet, and talking to people.

MTV was so important to him because he discovered so many artists he eventually fell in love with and developed his own taste for. His favorite aspects of music are melody, creativity, a good story and a lot of rock and house music. When he discovered Kanye West and Daft Punk. His obsession grew. He attempted suicide when he was 12 years old. It felt like he was trapped and that he had nothing to do. He was depressed and miserable with the way his life was going.

No matter where he went or what he did, he wasn’t happy. As he listened to Kid Cudi’s songs, he discovered what authentic and honest music can be, along with Bastard and Lil B. The way he was saved, he wanted others to be saved too. The way he was able to do that was by creating art that truly touched his heart.

Naturally, his mom is his inspiration. Neither of them follows a particular drum or follows the crowd. No matter the intended sex, he wears whatever he likes when it comes to clothes. Being honest, he doesn’t give a damn what society thinks.  However, his mom had to play both a man and a woman for them due to how she was brought up in the world.

He felt comfortable being himself when he saw his mom carrying herself like a man and still having her femininity. It’s in his nature to be flamboyant and girly. Women were a part of her childhood. His elders mostly were women, except for his younger brother.

Being raised by his sister when he was a young guy, he was exposed to a lot of female stuff, and this made him just as excited as it did about spending time with my boy friends.

He found everything about life so interesting. Whenever Drake played Jimmy on Degrassi in 2005 his sister used to be a big fan.

It’s funny how music always manages to find its way into his life. Among other sources of inspiration, he takes some of his styles from his nana, anime characters, and just from being around a lot of stuff. There are many things to see and do in the world.

He is working on a new project called “S U M M E R. The Tape”. When he wasn’t feeling his best mentally last October, he started working on it. Having a nonstop busy year has overwhelmed him. It wasn’t his intention to release this tape. Currently, he is working on his album “AntiVillian”. However, the aside tape came loose during the process. It excites him greatly.

There haven’t been any new projects since he released “Boys Don’t Cry” in 2019 when he was still working at Home Depot and in college. Back then, he wasn’t focused on the music. Back then, he didn’t believe in himself, he was very insecure about his music when he went under the name “Camari”. “SUMMER. The Tape.” marks his first release fully committed to his music career.

A new single from Virginia’s Tropical Distractions, “Try” is out