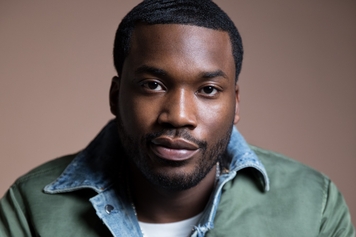 Having driven criminal justice reform for many years, Meek Mill has now been recognized by the Nelson Mandela Foundation. Meek was honored earlier this week with the Changemaker Humanitarian Award by the prestigious organization founded in honor of South African politician, revolutionary, and activist Nelson Mandela. According to HipHopDX, the Philadelphia rapper is the first and only recipient of the award.

The rapper announced the honor on his Instagram account on Thursday (Aug. 12) and teased a new “Mandela (Freestyle)” verse.

I am blessed to have received the Nelson Mandela Humanitarian Award. Meek captioned the Instagram post with a thank you, which displayed the trophy and a chain encrusted with diamonds. “RIP to Nelson Mandela, ‘I didn’t grow up playing ball. I had a Smith & [Wesson] because where I’m from it’s hard to turn 27’ #survivors.”

Meek has received congratulations from a number of collaborators and friends in the comments, including Slim Thug, Steven Victor, DC Young Fly, Miami Heat player P.J. Tucker and others.

The REFORM Alliance was launched by Meek, Jay-Z, Michael Rubin and others in 2019 in partnership with JAY-Z and others. Since then, the nonprofit has made significant progress towards criminal justice and probation reform, including a Virginia law that was passed recently. Meek and REFORM celebrated a legislative victory in June when the state’s Gov. Ralph Northam signed legislation into law that Meek and the organization had sponsored. According to the Virginia legislative website, the new law limits the amount of active imprisonment a court can impose upon a probationer following a probation violation hearing, among other reforms.

Meek said the bill’s signing gave him more motivation because he is in a position to do better. “I know people who are in worse situations than me but had no connection to and met in prison along the way,” he said. “With your support, I will continue to do better than I did before. The deal I got in 2012 allowed me to feed my family and provide jobs.”

He continued, “I am not perfect, but being in situations like this makes me better and speeds up my learning process.”. My goal will be to help fix the system in every way possible because that was something I experienced.

Following the settlement of a nearly 100 years-old beach property claim by a Black family, the family will demand restitution

The new video for Jamal Wade’s “Janga” raises the bar