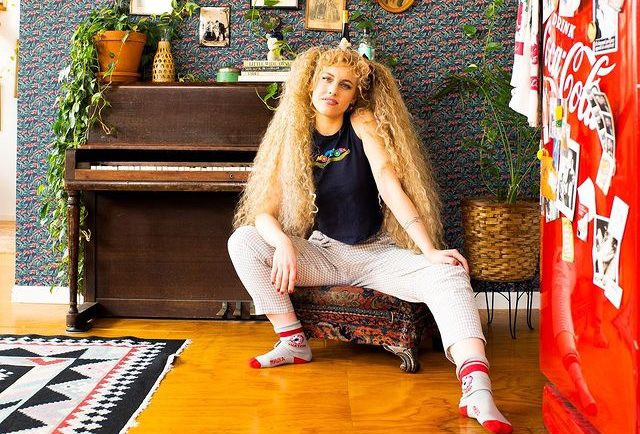 ISY proves you can make something beautiful out of what you have on her new song “Gucci Baggage” out October 8. A song released alongside a heartwarming video, this track explores the entire range of emotions encountered as life has difficulties.

ISY makes appearances throughout New York City, and her music video accompanying “Gucci Baggage” is undeniably enticing with its chicness and glamour.

ISY’s creative lyrics made up of casual, yet complex freestyles evoke a playful air and create an undeniably authentic element in his delivery. Using “Gucci Baggage” as a vehicle for highlighting her lyricism and seamless melodic intricacies, the Brooklyn-based artist takes full advantage of the simple production.

ISY shows his charisma and confidence in his vocals throughout the track. “Gucci Baggage” demonstrates the singer-songwriter’s superior performance, writing, and production skills, thanks to her soulful delivery and the decadent melismas that embellish an already beautiful melody. It was her most challenging project to date, she says in relation to the making of this track, even though it is technically simple. Even with some minor challenges along the way, the melancholic bedroom pop anthem is undeniably a winner.

Having performed regularly from an early age, ISY is a prolific writer and producer whose sound scapes are eclectic. Her performance is interactive and high-spirited, and she exhibits great care when delivering her creations. Her influences include hip hop/rap, Motown ambiance, and early grunge.

The “accessible” melodic elements of pop music, along with her poetic originality, are hallmarks of her style. She describes Twitch as a virtual busking community, though she began busking on subway platforms as her first love.

Release of new track by Frisco Boogie “Raise The Stakes”