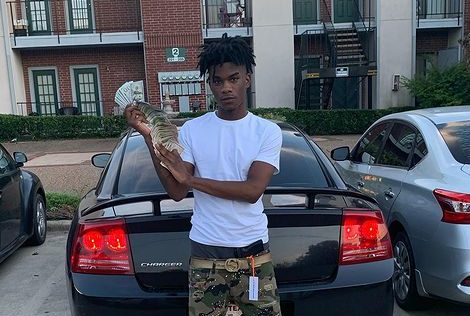 Run It Up Rikko aka Rikko is a Dallas, Texas native whose music has a heart that few others can match. You become instantly connected to the artist upon hearing the beats. Run It Up Rikko’s melodies that express his emotion capture your attention from the moment he begins rapping. He leaves a lasting impression on your mind with the sound and style of his music. Rikko has discovered an entirely new genre of music by stepping away from the repetitive sounds of the current industry. The sounds in his music encapsulate his experience and emotions, while simultaneously hyping your body and voice.

By washing away the clutter around his music, his wave has begun to reach fans again. As a rapper, it requires a certain level of creative ability to protect emotions intact while talking about street life. You’ll feel every emotion while rapping about knocking down walls with Run It Up Rikko. He uses music to impart an essential sense of inspiration, determination, and perseverance. Run It Up Rikko describes himself as “the sad kid,” but instead of giving up and giving in, he uses his music to encourage listeners not to quit on their dreams or goals.

“Sooner” and “John Legend” are two new tracks by Run It Up Rikko that were just released last week. Both tracks include accompanying videos and have over 10,000 streams across all streaming platforms. “Sooner” opens with Run It Up Rikko banging behind someone testing his street cred before rapping his way into the scene. In “John Legend,” the rapper relates his emotional as well as hardcore upbringing, and how his unstable mental state is a result of the trauma he endured as a child.

It’s no doubt that Rikko will run the game. Check him out and support him. You can follow the young prodigy on social media and stream his two tracks.