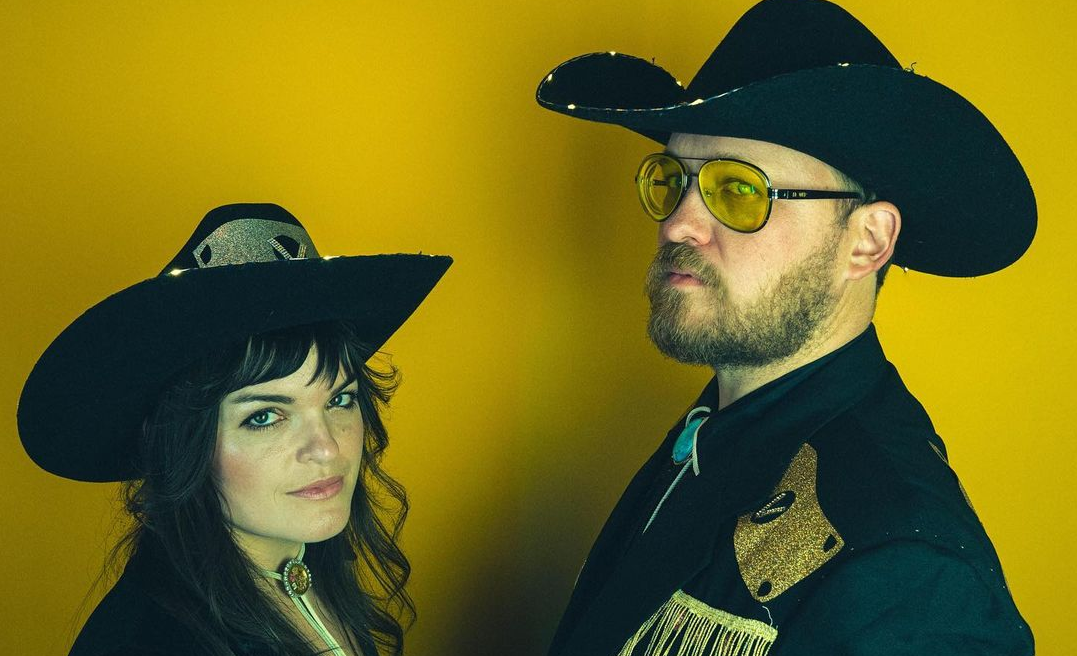 Christopher Lowe, guitarist of Cashville, discusses the album: “‘Cashville’ offers a much more varied sonic experience.”. Our live show encapsulated in an LP is what we’ve been doing for years.”

Reich studied theater while Low taught at a private international school. Their imaginations were expressed through songwriting.

In Berlin, they threw themselves into the music scene. The undeniable EDM penchant of Berlin eventually became cloying. As Volk developed their sound and appearance in 2016, they toured across the United States, playing dive bars after dive bars, which proved crucial to their evolution.

The 12-track album begins with “Welcome to Cashville,” introduced by Chris Banta, the man behind Romanus Records. With a pounding snare and grinding guitar, a brutal, punk-influenced garage-rock tune is born. With riot grrrl lyrics, Reich’s whiskey-soaked, raspy voice accentuates the raw power of the music.