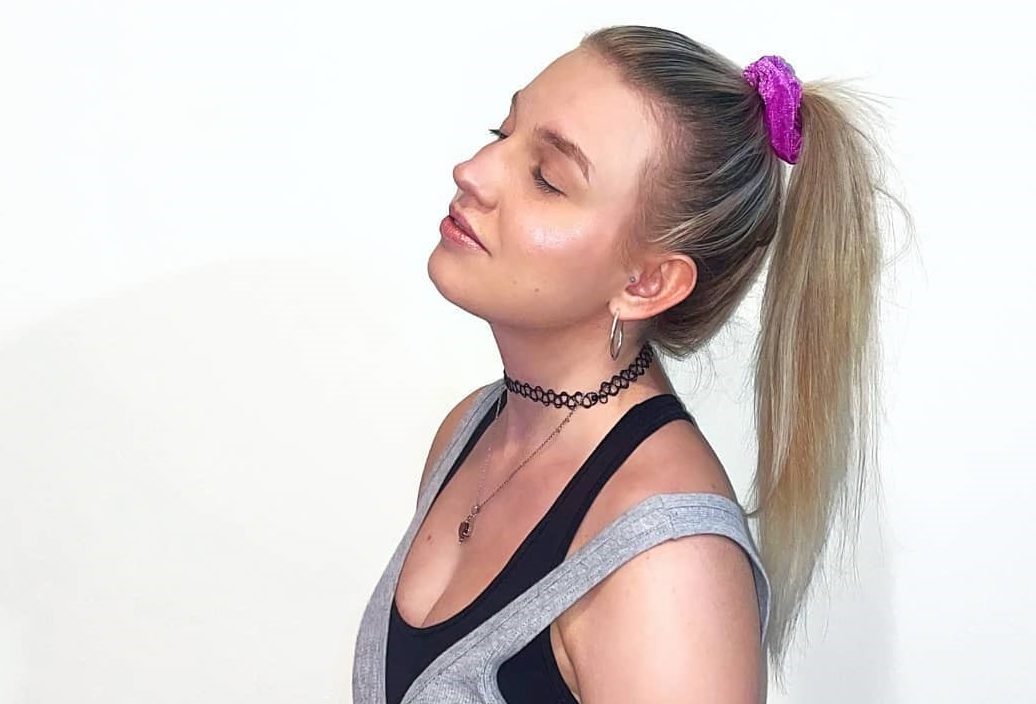 Hazy Day evokes such a peaceful and relaxing environment that listeners are transported to another universe where there are no worries or strain such as when under soma.

As it has become increasingly evident, music made by artist Kelsie Kimberlin is resonating deeply deep inside the minds and hearts of listeners all over the world due to her stunning style, vibrant artistic perspective, and uniquely inventive sound.

Although she only began her career ten short months ago, the millions-upon-millions of views on her singles and videos have proven that she has finally found her home – where she belongs; right in the spotlight, and embracing her destiny with open arms.

Immediately following her sensational debut single “Lobotomy”, and following in the footsteps of the acclaimed smash “American Guns,” Kelsie had already garnered the enthusiastic support of a legion of fans from across the globe in her first year as a promising artist. With professionally produced, graphically striking, storyline videos accompanying each single, Kelsie forged an unbreakable bond between herself, her music, and the millions of listeners and viewers tuning in from around the world.

In the wake of the positive buzz surrounding Kelsie’s next big move, Kelsie released an empowering anthem, “Dancing Hearts” as a way to celebrate the remarkable shift taking place in the United States, and continued her hype in the industry.

Introducing Kelsie Kimberlin’s brand-new single, “Hazy Day.” – she is set to wow listeners yet again with her brilliant singing and insatiable hooks all over again. In a mesmerizing new way, “Hazy Day” showcases her diverse, versatile, and vibrant style through her lovely & angelic vocals as well as her brilliant hybrid mix of Pop, Indie, and Jazz sounds.

Kelsie’s latest single takes listeners on an enchanting romantic journey filled with sentimental sweetness and authentic sincerity in an evocative tale of young love that is as engaging as it is evocative. Her enchanting style vocals and relatable lyricism, as well as her undeniable artistic integrity, make “Hazy Day” the most beautiful song in the world, a song born from pure love and light that is 100% meant to be shared with you.

The video is created in collaboration with visionary Ukrainian sand artist Vira Syvorotkina, ensuring Kelsie’s newest will serve as another landmark in her impressive career and authentically leave a lasting impact on all who witness it.

It appears Kelsie Kimberlin will sweeten up this year’s charts and playlists with her new single “Hazy Day.” This will bring many new fans to her music and take her career to another level. The new song, which is out now on every major music platform, and which features Vira Syvorottkina’s breathtaking video, is truly magical and will serve as a milestone in Kelsie Kimberlin’s career.