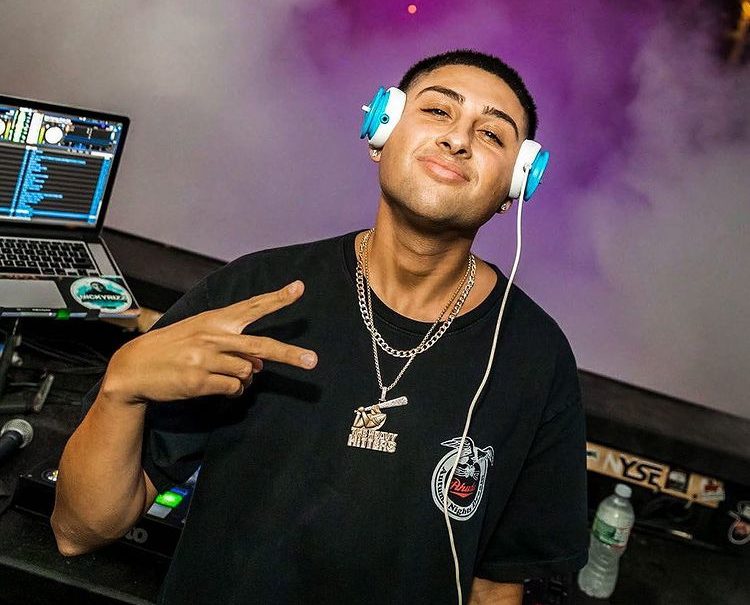 The soul responds to music. The music heals and lifts, motivates and energizes. It takes an experienced deejay to play the right music to achieve all that and keep the crowd engaged. You’ve probably heard of the world-famous Heavy Hitters DJ crew if you love a good club scene and great music. Do you know DJ Nicky Rizz, the youngest member of the group?

Known as one of the world’s best DJs, DJ Nicky has been entertaining crowds since he was 12 years old. His positivity and mastery of the deejaying craft made him a success at a very young age, despite his challenges. As a result, he became close to his mentor DJ Camilo, one of the biggest DJs in the US. In 2019, DJ Nicky, only 25, joined the Heavy Hitters DJ team.

It has taken a long time for a 12-year-old wannabe to gain world acclaim. Among the many lessons DJ Nicky picked, persistence was the defining characteristic. Nicky found a way to turn his dream into a career with plenty of passion and a dream. A person is advised to remain focused on their dreams without swaying to achieve success in any field. Putting in all the hard work and focusing on himself was crucial to his success. Success comes from hard work and dreams.

Mentorship has also been a pillar of his success. DJ Nicky learned valuable lessons from some of the biggest club and deejay names in the world, lessons he is now applying to his own career. Without his mentor being a respected Heavy Hitters crew member, he had little chance of getting in as well. Success can be improved by following other successful people.

Especially when starting out, very few people know about you. Keeping himself unique from the rest is one of DJ Nicky’s biggest challenges. Across the country and internationally, he wanted to establish himself. A key component to success is personal branding and marketing. It is evident from the thousands of fans he has on his various platforms that he has been successful in personal branding.

DJ Nicky’s career revolves around constant growth in order to remain relevant. In the course of his career, he has performed for live audiences. This time, he brought the party to the comfort of his fans’ homes. During the pandemic, “Ay Papi,” was released as his first single. A new single was released in February 2021. Having no way to showcase them in a club, he built a strong following on digital music streaming platforms. Spotify, Apple Music, and Amazon all have his songs.

DJ Nicky continues to grow. A deejay on one of the world’s most reputable radio stations is what he dreams to be one day. Hot 97, New York City’s biggest radio station, broadcast his performance to its listeners live on New Year’s Day 2021. As soon as possible, he hopes to get the chance to perform live again for his fans to regain normalcy.