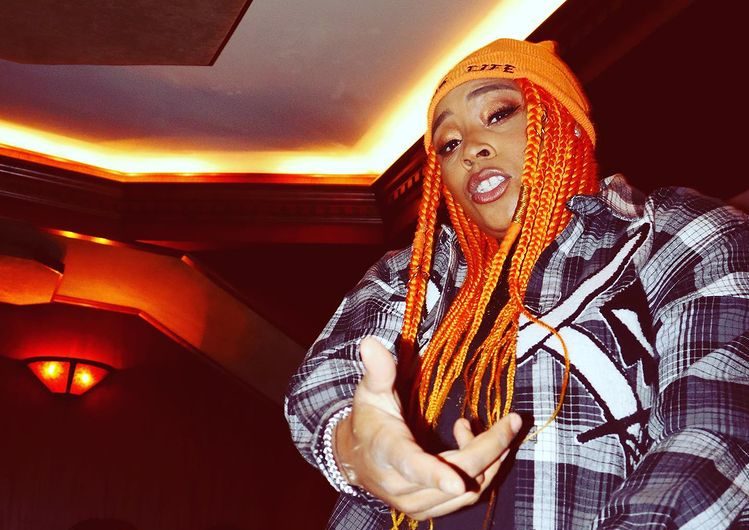 LG (Team Genius), a Philly native, has released her first album Therapy Session, available across all streaming services. Throughout the music, LG shares her introspective journey and the issues she cares about deeply. There are also party bangers that evoke the days when mainstream hip-hop was in its infancy in the early 2000s. The content that LG has produced for this album is therapeutic, from amplifying the Black Lives Matter movement in “YBM” to intersectoral feminism in “SHE,” where she emphasizes women empowerment: This album includes two prior released hit cuts by LG: “Drippin” and “YBM (Young Black Militia).” While “Drippin” received attention from BET Jams and MTV, LG was also featured on BET’s Fresh Face Friday program. She garnered over 15M views on TikTok for her music video for “YBM”.

After shifting to LA from Philadelphia in 2019, LG undoubtedly “Put the Work In” – similar her song “Therapy Session” featured in Valorant Act Battle 3’s trailer release. Her deep lyricism, hot streaks of freestyle music and unabashed flow soon made LG “The Face” of synchronization and licensing. Among a number of companies using LG’s music, Xbox, Netflix, Disney, Apple Arcade, Hulu, and Nickelodeon have done so in the past few months. Previously, Space Jam 2’s trailer featured her song “Level Up”. There are stations such as New York’s Hot97 and Philadelphia’s Power99 FM that have played LG’s music on the East Coast.

Although LG’s music features catchy hip-hop hooks and dynamic beats, it’s the message that every new step offers a chance for success that drives it. The new album by LG (Team Genius) is available on all streaming platforms.