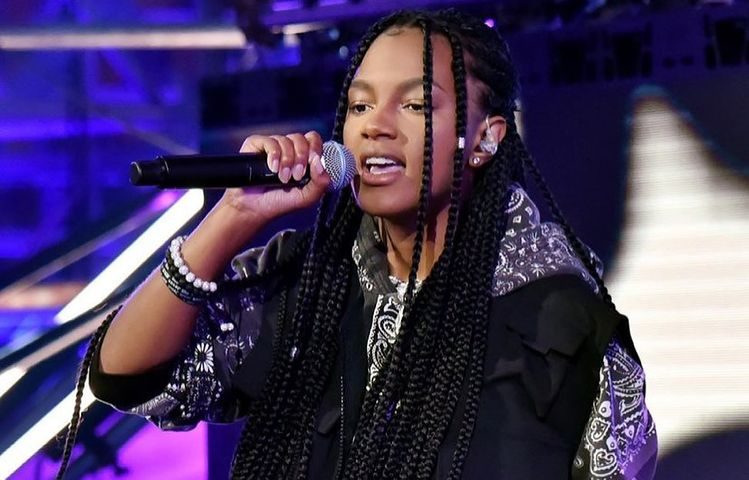 Kidd Lee, a renowned Gen Z female artist, is making a name for herself and making a significant impact on the music industry. She is 18-years-old and hails from Wilmington, North Carolina. As a 7-year-old, Kidd Lee began making music, and her influences were Tupac Shakur, Biggie Smalls, Lil P-Nut, but most of all, her biggest influence was God.

She grew up in the church, and at such a young age, she performed at many church functions as a Christian rapper. Kidd Lee, who is only 18 years old, is one of the most inspiring female rappers currently on the scene. She usually deals with real-life issues and mental health, but not just that. Also, she varies the rhythms and flows in her music. Her music is incredibly versatile.

Her face is now found as the winner of the Step up to The Mic Contest, which she won with the app “Triller”. You can actually preview one of her music videos at any boost mobile store as of right now! Check out this artist. She’s great! Definitely worth checking out! In today’s day and age, Kidd Lee is currently releasing several songs you should definitely listen to and working on several videos. She was a performer at the boxing match between Jake Paul and Ben Askren. Also in May 2021, she performed at the Miami Trillerfest.

As of right now, Kidd Lee doesn’t have any labels signed to her, but we are highly confident labels will rush to sign her up soon; Kidd Lee’s manager in that period was Charlene Bryant, who also managed rapper Trippie Redd.

You need to get on the Kidd Lee train if you want to hear her remarkable lyrics and follow her on her journey as a musical artist.

Rocky Wallace was singing before she could speak

Quietus Khan: Living off the leftovers