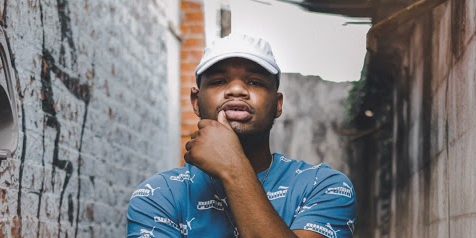 UNDISPUTED: Skip and Shannon: Broussard react to Lakers currently sit in 7th place in the West

‘Under Pressure’ by Vonte Que explores the advantages of putting yourself under some pressure. Vonte Que chose his subject matter to reflect his own thoughts at the time of writing, explaining how much you can achieve by applying a little pressure, an example we can all apply to our own lives.

With ‘Under Pressure’, you’ll certainly be psyched to finally crack that job you’ve been putting off. The compositions of Vonte Que include a variety of sounds that, taken alone, don’t seem to be able to achieve anything amazing. Once you hear the sound, you will believe they were meant to be together.
Vonte Que closes out the year with his new release, ‘Under Pressure’, which follows his last release earlier this year.

Since he was six years old, Cincinnati rapper Vonte Que has been writing his own music.  His first single was released via Spotify and Apple Music when he was sixteen years old. Vonte Que released a project that was dedicated to his late father, ‘Forever 39,’ in 2020, his biggest project to date. Vonte Que consistently creates music with an unmatched level of emotional impact and dedication, resulting in a musical experience that is both emotive and relatable.