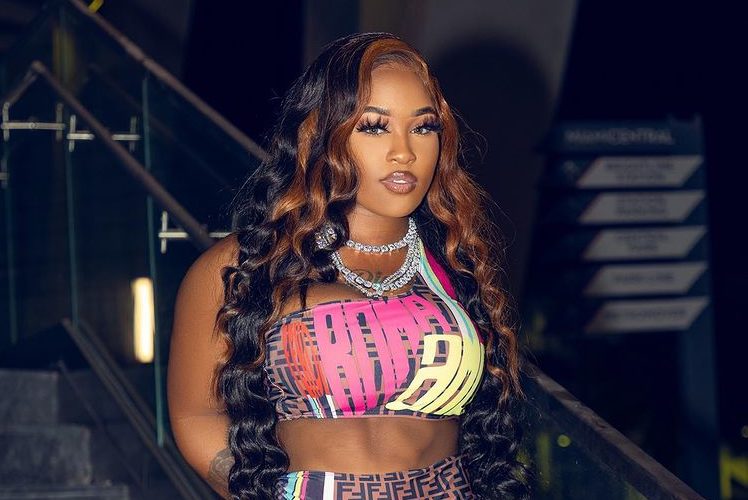 DimeRacks, an entrepreneur and philanthropist who frequently raises the bar for entrepreneurship and charitable giving. DimeRacks, who represents South Carolina, did not have an ideal childhood. While a child, she was abused in many ways. As a child, she spent time living in foster homes as well as group homes. In addition, Dimeracks said she had difficulties while growing up without any adult guidance.

Already a viral phenomenon on Facebook, Dimeracks created a page for her fans where she grew an audience in excess of 100k. She created her Onlyfans page to take advantage of all her newly-found fame and convert it into a serious cash flow. To carve out a career in the subscription based industry, she combined her natural flirtatiousness, ongoing personality, and experience with the camera. As a result of her subscription-based success, Dime recently made her first one million dollars.

Dime released her first single, “Stop Playin Wit Me”, on all streaming platforms shortly after. Dime was introduced to her musical side by the sexy fast paced club anthem she would soon come to love. At the moment, Dime is preparing to release 4 new singles with Jaquae, from Love And Hip Hop. In addition to the summer anthems, two other singles will be released at the start of fall. The highly anticipated Dime EP is set to release fall 2022.

Dime Racks has constantly broken away from the stereotypes of model-influencers by volunteering at homeless shelters since her new financial success.

Her upcoming projects include a hair and clothing boutique called “Dimez Pretty Boutique” and a nonprofit organization. In addition, Dime plans to run her food truck starting next year, as part of giving back to the community.

A New Tape From Surfa Solo, ‘Ice City’, Is Putting On For North Oakland

The new video from Ox Don is entitled “MONEY LONG”.