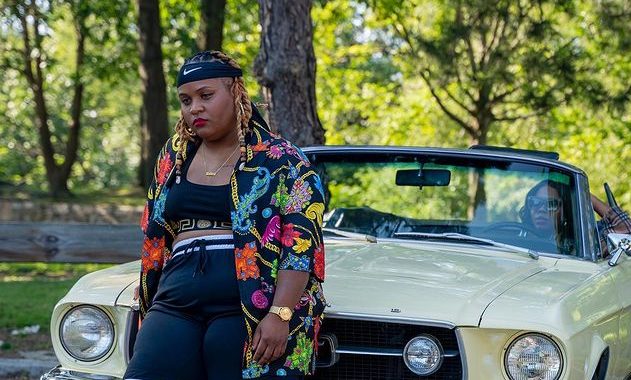 “GO”, created by renowned rapper, spoken word artist and LGBTQ+ voice Oompa, came with a new video which features Dan DeCristofaro. GO, produced by Dephrase, was written keeping in mind carefree Summer vibes, or as pointed out by Oompa, “a true Gemini energy”. There’s nothing better than a song like this for those fun-filled summer days and euphoric feelings of new love. This upbeat, bop has an undeniable reference to Chaka Khan and West Coast G-funk, and has a hook that catches your attention on first listen: “We go, and go, and go.”

Taking an adolescent Bonnie and Clyde approach to romance, Oompa and her romantic interest cruise in a vintage Ford GT with no worries in the world. Filmed in the style of cult classic Drive, the visual features stunning shots of people on an endless highway interrupted by moody close-ups of the exuberant couple. It’s amusing to see “GO” collaborator Dan DeCristofaro playing the getaway driver during the couple’s move towards an undisclosed location. As part of the lead up to Oompa’s forthcoming album, Unbothered, 10 visuals are being released of which “GO” is an important part.

Oompa wowed audiences with her sound and message in her 2016 intro with a style and cadence similar to the legendary Missy Elliott and the poetic finesse of Noname. Oompa’s musical talent has been praised by NPR, Huffington Post, Boston Globe, and NBC, as well as Charli XCX, 24KGoldn, Tinashe, UMI, and Rico Nasty. Check back in the summer for more music from Oompa.