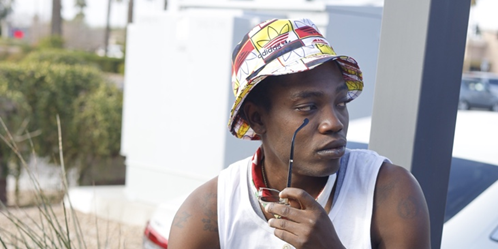 “Up At Night” is Kehlani latest music video

Will Dak Prescott be ready to go against the Vikings? – Skip & Shannon I NFL I UNDISPUTED

In the latest video, YN Jay and Babyface Ray take a trip to “Coochie Island”

Bobby Baymont (Actual name: Adam Ogard) hails from Phoenix, Arizona and is a dope hip hop artist. He lives by music and through his songs, he is able to look at his present, his past, and his future. He discovered his passion for music at the age of ten. He was signed up for a talent show and didn’t realize he was secretly submitted to perform live. At this moment Bobby Baymont began pursuing music. He performed a song that he wrote and won the top prize of the evening.

Bobby Baymont was an orphan when he was adopted from Port-Au-Prince, Haiti. His family helped him explore his love of music. His first-ever CD was LL Cool J’s “G.O.A.T”. Bobby Maymont’s music is particularly moving because it reflects his quest to locate his birth family. As a child, he was frustrated about not finding any answers and so, he channeled all of it into his music.

When he creates beats, he does so out of frustration or to reflect on a subject that touches him personally. By playing his music, he hopes to provide his audience with a sense of realization and understanding. Bobby Baymont’s studio is always exciting in his opinion since he never knows what he will create tomorrow. What touches his fans the most about him is the way he motivates them with his rich vibrant Hip-Hop lyrics.