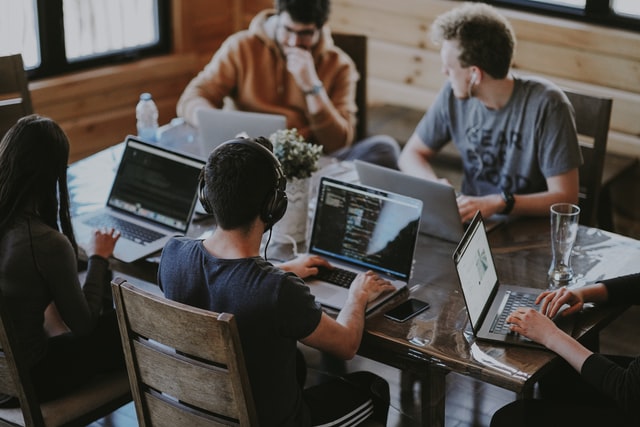 Gucci Mane’s 1017 record label has toured HBCUs with several of its artists. Rappers Big Scarr, Big Fizzle, Hotboy Wes, Enchanting and Bigwalk Dog performed at Jackson State University and Morehouse College last week, but did not appear at Howard University as they had planned. The 1017 crew of Gucci joined students at the Washington, D.C.-based university in a sit-in protest against the school’s poor housing conditions, according to Uproxx.

The Big Scarr, Bigwalk Dog, and his manager have shared clips of their participation through their Instagram Stories. “We’re still here!” they said. You are part of the revolution. It is we who are the revolution. “This cannot be tolerated,” wrote Scarr’s manager. During one video, Gucci’s artists are shown sitting alongside HU students in solidarity.

In an article from FOX 5 DC, students started protesting at HU on Tuesday (Oct. 12). At the Blackburn Center on campus, students staged a sit-in on day two of the demonstrations to inform administrators that they were dissatisfied with living conditions in the school’s dorms. Students have described walking into dorms with water leaks, roaches, rats, and mold on their first day back to school. Apparently, social media users have been posting videos of water gushing out of pipes and mold and mildew growing on ceilings and walls.

There have been many requests made by students to Fox 5 DC, including in-person meetings with officials before the end of the month, student representation on the Board of Trustees, and influence on student housing decisions.

In Howard University, we have a long-standing tradition of changing the world through our voices. The voice of the Howard University community will always be one of the most important components. Howard’s Board of Trustees issued a statement that said, “We hear what you have to say, and we remain open to hearing your views on all matters pertaining to Howard.”

“Throughout the last several months, we have worked closely with the administration and with student and faculty leaders to find appropriate solutions to the problems the community has brought forward.” We share your passion for the issue and understand the urgency at hand. But we also realize that the solution to many of these issues will take a while. In addition to support and encouragement of the administration’s open, constructive dialogue with students, the board pledges to be better and deliver what is expected of us as Bison.”