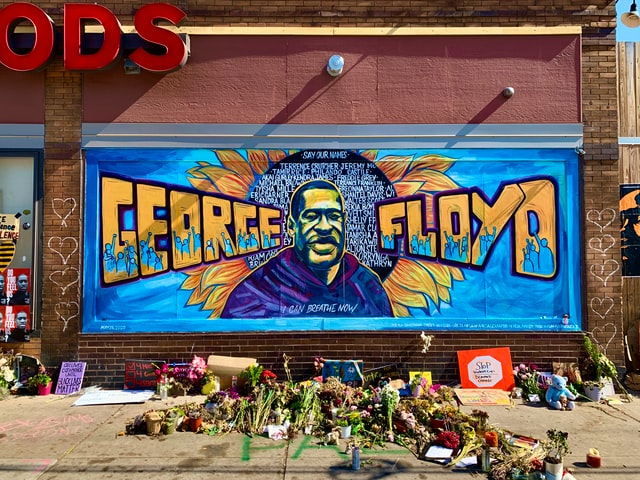 In an interview following one of her concerts, Erykah Badu paid a tribute to George Floyd. In a video posted on Wednesday evening (Oct. 13), minutes shy of the late man’s 48th birthday, she revealed that Floyd’s sister, uncle, aunt and other members of his family were joining her for the special occasion.

During a video shot backstage at The Minneapolis Armory, she said, “It’s George Floyd’s birthday in about four minutes.” She added, “I’m here with his family now, and he would have been 48 years old.” Right now it seems as though we are at peace with your passing.

As she saluted Floyd, she added, “I am grateful for your spirit and for your sacrifice.” “So that we can move forward in the way we should, being where its appropriate for us as a nation.”

The tragic death of Floyd was documented in a video that was taken by Darnella Frazier, who was 17 at the time. The clip shows Derek Chauvin, the former officer of Minneapolis, kneeling on a victim’s neck and not responding to his pleas to breathe for almost ten minutes. In addition to helping the former cop to be convicted, the clip sparked the revival of Black Lives Matter and gave a boost to the creation of numerous Floyd murals across the country.

On Floyd’s birthday today (Oct. 14), a celebration will be held to honor his life and legacy. A statue was unveiled in New York City recently, and today (Oct. 14), a new statue is unveiled in Los Angeles. In memory of Floyd, a Celebration of Life will take place at the George Floyd Square in South Minneapolis on October 23rd starting at 5:00 p.m. Attendees will enjoy music, food, and a candlelight vigil.