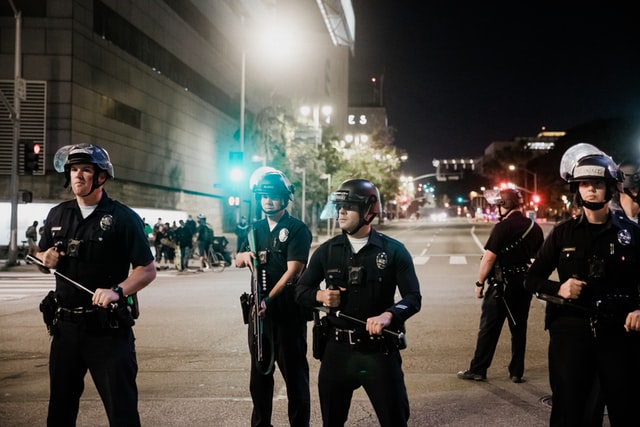 BackRoad Gee is back with “Oh Lord”

According to the Atlanta Post, two Atlanta police officers were indicted over the death of Jamarion Robinson in 2016. Clayton County Police Officer Kristopher Hutchens AND United States Marshal Eric Heinze are charged with felony murder and other offenses for shooting and fatally wounding the African-American 59 times.

While serving warrants from both Atlanta and Gwinnett counties, Hutchens and Heinze attempted to arrest Robinson in August of 2016. The confrontation was filmed by a person nearby, including nearly three minutes of gunfire exchanged between the two officers. A body camera footage of the shooting was not available at the time, since federal officers and police officers who assisted federal task forces were not allowed to wear such devices.

According to the medical examiner’s report, Robinson was shot 59 times by the officers, resulting in 76 wounds. He has been fighting to get his case in front of a grand jury since 2016, according to Monteria Robinson.

A grand jury indictment was handed down this week by the Fulton County District Attorney’s Office following a presentation of the case. Criminal murder charges are being brought against Hutchens and Heinze, as well as charges of aggravated assault, first-degree burglary, and false statement.

The mother of Robinson said the indictment left her ecstatic and happy. It may be the beginning of a new chapter.” As I indicated, it is a step in the right direction.”

In anticipation of Hutchens’ charges, the Clayton County Police Department has placed him on “administrative assignment”. In its statements to 11Alive, the US Marshals Service made no mention of Heinze’s current job position.

Police budgets are boosted as crime rates rise, after cities previously defunded them in response to protests