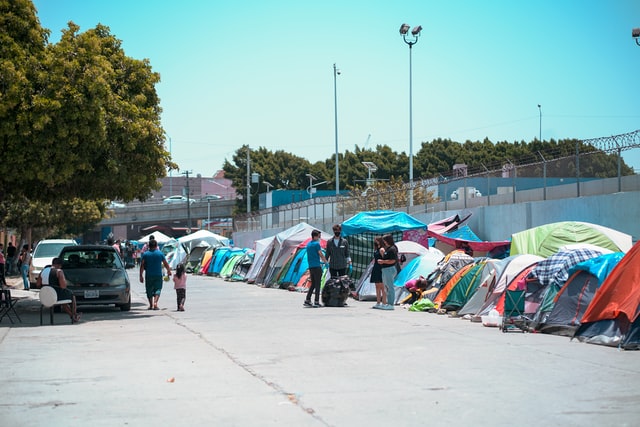 As Haitian migrants attempt to emigrate from their country, songwriter Chris Brown is drawing attention to the obstacles they are facing. The singer shared his thoughts about border agents abusing fleeing Haitians during a post on Instagram Monday (Sept. 20).

He wrote on his Instagram story: “Hope all of you are following what is happening with the Haitians,” he posted on the social media platform. It should be the responsibility of all the billionaires in that state alone to help. We do not have any peaceful strategies. Hurting us as if we were cattle farmers… Hello everyone… I implore you to take a closer look at what’s happening! Please!!!??????”

He shared disturbing images in two further posts that captured a confrontation between Haitian families seeking asylum and U.S. border agents who wanted to decrease the number of Haitians entering the country.

Millions of people were forced to return to Mexico or and board flights back to Haiti due to patrol officers on horseback screaming and whipping migrants. Nancy Pelosi also seemed bothered by the abuse directed against Haitian evacuees aside from Representative Brown.

She tweeted, “Reports of Haitian migrants being mistreated and intimidated by Border Patrol officers on horseback are deeply troubling, including the inappropriate use of whips while fleeing violence and natural disaster,” she noted.

Alejandro Mayorkas, the Secretary for the Department of Homeland Security, declared that the images he viewed were “horrifying.”. “Our policies and training do not permit such behavior. That is not acceptable, let me be very clear,” he said in a prepared statement. Our policy does not allow mistreatment to occur, and we will take action if we discover facts that support it.

It is now being investigated by the DHS whether Haitian migrants are being mistreated at the border. The agency said “we take these allegations very seriously” and said it does not allow migrants to be abused in its care. “We are committed to processing migrants in an orderly, secure manner that respects their rights. Keeping migrants’ safety and dignity as paramount as possible is essential.”